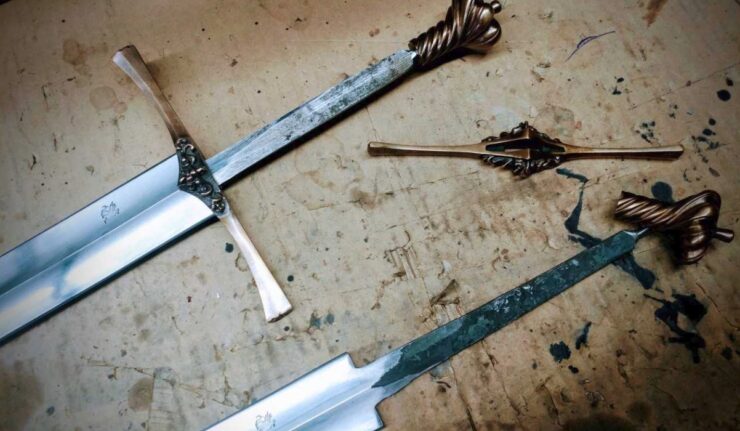 People are often impressed by different types of swords used in different battles. However, the reason why they are impressed by them is the fact that they have a lot of myths and legends around them. This especially counts if the swords were used by some of the most popular warriors from the past.

Swords are mostly characteristical for the Middle Age in different parts of the world across the world. For instance, many warriors in Europe were using them, but they are probably even more popular in Asia because of the samurais that were using them for centuries.

Almost every type of this weapon has a unique charm that most people (especially men, but women as well) admire. That is the reason why many people decide to collect swords from different eras of human history. Despite that, they do not hesitate to spend a fortune on some rare swords that come with a unique legend, story, and myth.

You will probably get surprised when seeing the list of the most expensive historical swords in the world. The prices you will see will probably give you a clear picture of the value and respect that these swords have. So, let’s find them out together!

As the subtitle says, this sword is old for more than 3 centuries. This sword is made in the Palace Workshops of the Imperial Household Department. It represents a period when the Quing Dynasty was ruling that part of the world. The main material is, of course, steel, but the sword itself also contains copper, silver, and gold. That is the reason why many sword lovers consider it unique and stylish even today.

When you translate Bao Teng to English, you will get the meaning “Soaring Precious”. That fact only confirms this sword has a long and interesting history. A buyer decided to spend 5.9 million dollars on this sword in 2006. However, in 2008, the value of this sword was nearly 8 million dollars. In other words, the Bao Teng saber is the most expensive weapon of all time.

If you are familiar with the history associated with Napoleon Bonaparte, then you know how important the Battle of Marengo was. Believe it or not, the saber he used in 1800 during that battle is one of the most popular historical weapons in the world.

According to some reliable information, the creator of this saber is Nicolas Noel Boutet. It comes with an ebony handle as well as gold decorations that make this saber look amazing. In 2007, a buyer got this sword for around 6.5 million dollars. Would you be ready to spend that much on a unique item?

3. The Dagger of Shan Jahan

As previously mentioned, these items are popular in all parts of the world. Have you ever heard about Shan Jahan? If not, then you deserve to know he was the 5th Mughal Emperor of India. He ruled for 30 years between 1628 and 1658, and he is especially popular among history experts because of the Taj Mahal that he built for his wife.

Anyway, because of some impressive things that he had done during his life, his dagger has also become popular among people. In 2008, it was sold by Jacques Desenfans for 3.3 million dollars! There is a big chance some people would spend even more today.

This type of weapon is directly connected with the Japanese culture, and they are also known as Japanese Samurai Swords. However, something that is even more impressive is the fact that there are 125 of them even today, and most people consider them priceless. For more, you can visit the websites such as katanasforsale.com. Here, you can find a variety of these types of weapons that depict the Japanese culture.

The reason why some of them are still present is the willingness of Dr. Walter Ames Compton to make a collection and keep the Japanese culture still alive. 20 years ago, he decided to sell 11000 swords from his rich collection, and the most popular one was Kamakura Katana. The total amount of money he got for the entire collection was 8 million dollars. Speaking of Kamakura Katana, he got nearly 450 thousand dollars. That means he sold the most expensive katana ever!

As previously mentioned, purchasing katana is almost impossible today because all owners consider it priceless. Besides, you do not have a lot of options either. However, the good news for you is that there are places where you can order a custom and handmade Japanese samurai sword. If that seems like a good option, you may want to check out wickedswords.com and find out more about the costs and customization options. By using this opportunity, you will feel like you are part of a community that has rare samples of these worldwide popular swords.

To make things clear, talwar is also a type of word, but it is a bit unique because it is completely curved. People in India use the same phrase even today for all the daggers and swords that exist.

A good example of how important they are for the Indian culture is the fact that one of them was sold for more than 715 dollars in 2007. Yet, there is one interesting fact that we need to highlight here. The experts estimated the value of this item at around 60 thousand dollars. Yet, when someone truly loves the swords, then that person will not hesitate to spend a fortune and add it to his/her collection.

Qing Dynasty is one of the most popular dynasties in human history. The most popular emperor from that family is Qianlong. He was the sixth emperor that reigned between 1735 and 1796.

Logically, a ruler like that needed to have the best possible weapon. That is the reason why he had a so-called imperial hinting knife made of gold inlaid that possessed coral, azure, and turquoise. Additionally, the hilt of the knife was also special. It was made of antelope horn and it had a secret opening for the chopsticks. Not a long time ago, this knife was sold for almost 1.3 million dollars!

Being an owner of some historical important weapon is probably an amazing and beautiful thing. However, we are also sure that most people will not have enough money to buy unique samples. Because of that, you can always try to find companies that can make customize weapons for you and make you feel like you the part of that community.

How to Navigate Father’s Day After a Loss

How Covid-19 Has Caused Us to Be More Environmentally Friendly?