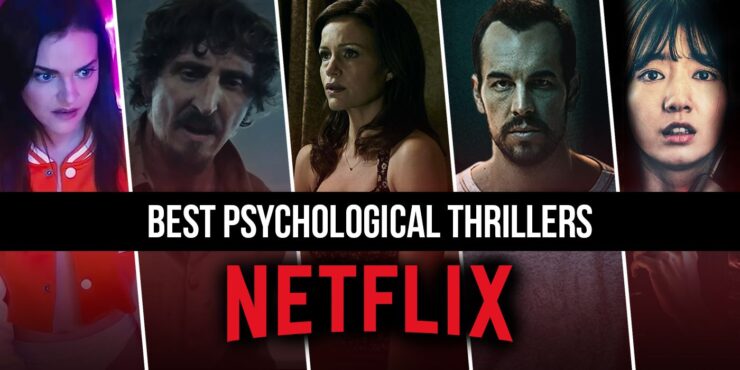 The human mind is a complex labyrinth. Exploring its mysterious folds and untangling its knots has a flavor of its own. This is why a major part of the American viewership loves to watch a genre of films known as “psychological thrillers.” A psychological thriller essentially deals with the psychological narratives of fictional characters, particularly the twists and turns of a human mind facing chaos, in a thriller setting.

You get the elements of fear, paranoia, drama, crime, delusions, fractured thoughts, and even a dash of horror in a good psychological thriller. Such a genre of entertainment makes you look at the world from an insightful perspective. It forces you to re-evaluate your thinking patterns and discover those of others around you. The realistic context of a psychological thriller moves you to step into the shoes of characters, experience their emotional turmoil, and live out the action with them.

This psychological thriller centers on the story of an estranged couple, Jessie and Gerald Burlingame, played by Gugino and Greenwood respectively. The two travel to an isolated lake house in Alabama with the hopes of rekindling the romance in their long, drawn-out marriage. After taking pills, Gerald handcuffs Jessie to the bedpost to play out some sort of a fantasy, which sparks a heated argument between the two initiated by Jessie upon feeling uncomfortable. Suddenly, the husband suffers from a heart attack and passes away on the floor, leaving his wife bound to the bed with no way of escaping.

Then, the movie takes the viewers into the mind of a dehydrated and fatigued Jessie, who starts hallucinating and having conversations with her dead husband and a self-assured version of herself. The projections throw bitter truths at her and replay a locked memory from her childhood, which had defined her behavior as she grew up. The reality blurs with illusion, and her consciousness is overpowered by the chaotic unconscious. This is how, by depicting a relatable battle of a humanistic character with her inner demons in a minimalist setting, Gerald’s Game succeeds in gripping the audience down to their core. You can catch Gerald’s Game on Netflix.

Shutter Island transports us to a Boston Harbor hospital for the criminally insane and into the shoes of Edward “Teddy” Daniels, who is a U.S. Marshal and arrives at the institute with his partner, Chuck, to investigate the disappearance of a patient, Rachel Solando. As the investigation continues around the island, events take an altogether convoluted turn, making the audience question the veracity of the narrative. Shutter Island plays with truth and fabrication, illusion and reality, and the extent to which a human mind may go under pressure. Even the ending leaves us with quite a lot of questions. To find some clues on your own, stream Shutter Island on Netflix.

Another Flanagan number, Hush is a captivating tale and a psychological thriller of its own kind, tinged with the elements of a slasher film. We follow the story of a deaf-mute author, Maddie Young, played by Siegel, who lives in an isolated cabin in the middle of the woods with her cat to focus on her upcoming novel, distraction-free. The conflict in the plot comes in the form of a masked killer, who targets her house and directs his attacks around her inability to speak and hear.

Faced with a threat she can’t discern, Maddie barricades herself inside her house, while the masked killer tests the property for a possible loophole to get inside. A cat-and-mouse chase ensues till the climax, which pushes Maddie to dig deeper into her survival instinct and fight an invasive threat in complete silence. Though the “stalker inside the house” is an age-old trope, the addition of sensory deprivation and mind-bending will to survive makes Hush a must-watch movie on Netflix.

Apocalypse brings out the best and the worst in humans. Most of the time, we see the worst. This is the story arc of It Comes At Night, a psychological horror film thrilling the viewers with its pandemic-type setting, where the Earth has been ravaged by a deadly disease. A family of three, Paul, Sarah, and their son, Travis, survive against the odds in their secluded home in the woods until they come across a survivor, who sets the plot into motion, and towards a downward spiral. It Comes At Night heightens the feeling of paranoia and the self-preservation instinct in its own way, which is why we recommend you to watch this thriller on Netflix.

So, if you are looking to watch some mind-bending and gripping movies on Netflix, add the aforementioned psychological thrillers to your list. They will take you on a rollercoaster ride into the thoughts, emotions, and instincts of unforgettable and sometimes, unforgivable, characters while entertaining you with stories that will stick in your mind like a fly in an ointment.

5 Common Mistakes That Can Be Made When Buying a Car

Different Types of Threats Present on the Web