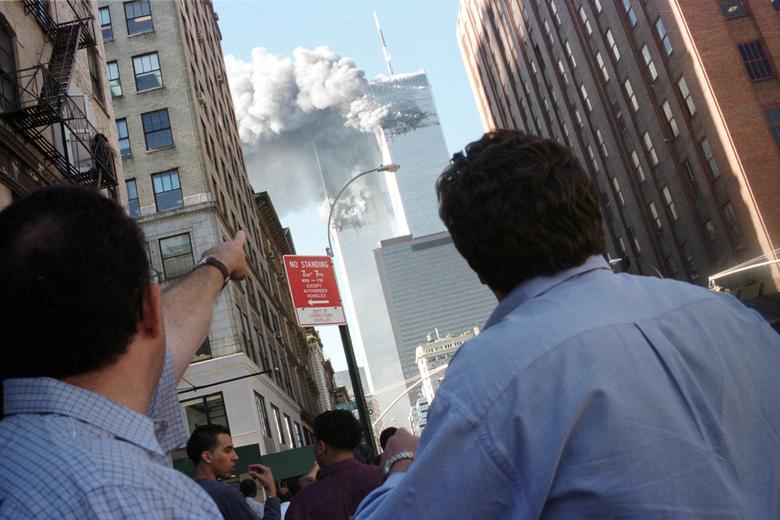 There is no doubt that the September 11 attacks were one of the most horrific incidents in our history. In a flash, the World Trade Center or the Twin Towers came tumbling down as two planes crashed into the buildings. During the attacks, almost 3000 citizens were killed, and 25,000 people were injured.

However, the health effects and injuries caused by the attacks were not limited to that, as they had some lingering effects. In this article, I am going to discuss some of the most common concerns that people and rescue workers had to face after the attacks. These conditions led to lots of different diseases, most of which are being ignored by the survivors.

The nearby witnesses of the attacks claim that the smoke rising from the towers was so dense that it seemed like a huge snow blizzard that surrounded the area. While most of the nearby passengers and residents were cleared in the first few hours, the rescue workers were its main victim. The area was covered in smoke filled with asbestos, PCBs, benzene, dioxin, gypsum, and other heavy particles.

Nearly fifteen years later, 9/11 attack survivors are complaining about a lot of diseases that are certified as 9/11 related issues by the World Trade Center Health Program. According to many reports, more than 40,000 people are suffering from at least one medical condition related to the attacks. In this article, let’s take a look at some of the main causes of these medical conditions, along with some mental, psychological, and health effects of the 9/11 attacks.

The immediate concern that took place right after the September 11 attacks was the dust from the collapsed towers mixed with the air. The tons of debris caused by pulverized concrete causes silicosis upon inhalation. Silicosis is a very serious condition as it causes inflammation inside the lungs and forms scars on the lung tissues.

On top of that, the debris also contained other elements such as lead, mercury, dioxins, and PAHs from the fire that burnt around the towers. In total, there were a total of 2500 contaminants, and anyone in the 25km radius inhaled this toxic air. The side effect of toxic dust was mostly seen in rescue workers who were continuously inhaling this air and were directly exposed.

Due to the collapse of the tower and debris in the air, the rescue workers who were on a rescue mission without any proper training or equipment developed incidences of prostate cancer, thyroid cancer, and elevated condition of myeloma. With the September 11 compensation act, lots of people who suffered from cancer due to the attacks were able to receive financial compensation.

If you are a 9/11 attack survivor struggling from a disease that you think is caused by the attacks, you can visit 911victimattorney.com and find out where you are eligible for compensation or not. With the help of proper legal guidance, you can get all the aid while making sure that you apply for the compensation application in a timely manner.

The problem regarding research with cancers due to heavy toxins is that they have long latency periods, and it takes up a lot of time for the negative effects to show up. Not only does it pose a lot of difficulties in diagnosing cancer, but it makes research very hard as researchers don’t have much data, to begin with.

Another serious concern amongst the 9/11 attack survivors is that they had to go through extreme stress after the attacks. For those who had the misfortune of witnessing the attacks live, it was an even worse experience due to all the screams and horrors. Moreover, direct exposure to the attack has also been a known trigger to PTSD.

Many health specialists are concerned that people are not getting proper treatment for the mental damage that they suffered due to the attacks. Instead of dealing with all of this stuff in silence, it is better to go to a professional and talk about these things. By letting out the stuff that you are holding inside, you eventually learn to let it go.

Treatment for These Conditions

Due to the immense pressure from people and health care organization’s Former President Barrack Obama signed the 9/11 health compensation act in 2010. The act led to the creation of the WTC health program so that the medical expenses of people suffering from illnesses related to the attacks can be covered.

So far, nearly 90 conditions have been listed in the act, such as asthma, chronic obstructive pulmonary disease, mental health trauma, etc. Furthermore, the act also covers nearly 60 different types of cancer, which can be caused due to different heavy metals in the air like lead. The list is still increasing as more research is being done by medical examiners who are responsible for determining whether the condition is caused by the attacks or not.

The research is done by comparing the current medical condition of people who were directly exposed to the 9/11 toxins compared to the general population. As there were several different types of toxins in the air, there is a broad sample of data that needs to be examined carefully. All this research is taking more time than expected, which is resulting in delays.

According to an estimate, nearly 3000 people died due to the 9/11 attacks. However, there is no exact figure when it comes to the number of people who have died from different illnesses caused by the attacks since then. There used to be a time when there was no law regarding these conditions despite a huge number of campaigns.

The Zadroga Act of 2010 made things much better as it facilitated research into the topic, and people finally started to realize that the illnesses they were going through were the cause of the attack. Once all the conditions are highlighted, the next step is to enroll everyone who is eligible for the WTC health program so that immediate help can be given to them.

What Type of Insurance Do You Need for Driving Uber?

The Insights Of A Trucking Business

3 Situations That May Cause You to Realize You Need to Attend a Drug and Alcohol Rehab Center!