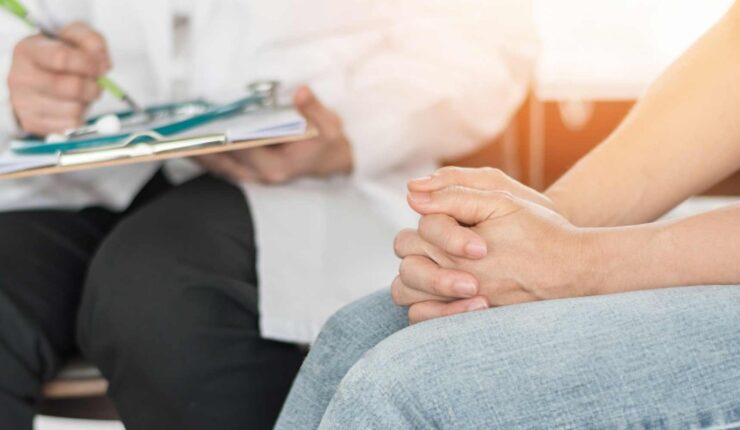 Have you noticed lately that something isn’t quite right down there? Maybe you’re a little itchy, or you’re running to the bathroom way more than usual? If you’re experiencing anything out of the ordinary, it’s time to start thinking about possible infections.

If you’re sexually active, you’re at risk for getting a sexually transmitted infection (STI). STIs are super common: There are more than 20 million new cases annually, according to the CDC. So, it’s not something to be embarrassed about. If you have an infection, though, you do need to get treated.

It’s important to know that you can have an STI without experiencing symptoms. That’s not always the case, though. You should pay attention and seek medical help if you experience any of these seven symptoms.

If itchy white bumps, ulcers, or fluid-filled pimples pop up around your genitals, it’s a strong sign you’ve contracted an STI. These typically emerge with syphilis or genital herpes, both of which are highly contagious.

Bumps and blisters may also appear with advanced human papillomavirus (HPV), the virus that can cause cervical cancer. In some instances, you can also develop painful sores around your mouth. Remember, there’s no cure for herpes, but you can keep it under control.

According to Nurx.com, you can also reduce the chance you’ll pass on the infection by getting genital herpes treatment. Take your medication faithfully, and you can cut transmission risk by half.

That painful, burning sensation you may get when you pee could be due to an STI. It’s a sharp stinging feeling that can make you dread any trip to the bathroom. You can experience this symptom with either a bacterial STI (such as gonorrhea or chlamydia) or a parasitic one (like trichomoniasis).

Uncomfortable urination doesn’t always mean you have an STI, though. It could point to several other infections, including a urinary tract, yeast, or penile infection. The point is, if it hurts to pee, call your doctor.

An itch around your genitals every now and then isn’t cause for concern. But if it’s becoming constant, intense, and distracting, it’s a problem you must address. Herpes or trichomoniasis could be to blame.

Again, though, an irritated crotch area could be completely unrelated to an STI. For women, it could be a yeast infection. Some dermatological skin conditions may also be to blame. Your physician can help you figure it out.

If you have an STI, this symptom adds insult to injury. Sex is supposed to feel good. Unfortunately, painful intercourse is a common sign that appears with lots of STIs, including gonorrhea, herpes, chlamydia, trichomoniasis, and syphilis.

Go see your doctor if it hurts or burns when you have sex or if even attempting penetration is too painful. For men, this can also include painful stinging during ejaculation.

When the glands in your neck, your armpits, and your groin swell, it could point to lots of different problems. A contagious virus like mononucleosis or the flu could be the culprit. Sometimes, though, an STI is to blame.

Trichomoniasis, syphilis, and herpes can all cause your lymph nodes to swell up and turn into hard nodules. This issue could also pop up with other conditions, though, including urinary tract infections or even — surprisingly — athlete’s foot. Your healthcare provider will be able to give you an accurate diagnosis and the correct treatment.

For women, some vaginal discharge is normal. It’s when that discharge starts to change that you should be suspicious. (This especially applies if we’re talking about abnormal bleeding.) Any discharge in men is cause for concern.

Some STIs, including chlamydia, gonorrhea, and trichomoniasis, can cause yellowish or greenish discharge that typically has a strong, fishy smell.

White vaginal discharge that looks like cottage cheese is common with yeast infections. Regardless, if you’re experiencing any type of abnormal discharge, it’s time to make that doctor’s appointment.

This one is a little complicated. Most STIs don’t directly cause pelvic or abdominal pain. But some infections, including gonorrhea and trichomoniasis, can be an underlying cause. The result can be severe pain.
When these infections aren’t treated, they can spread to the uterus or abdomen, creating pelvic inflammatory disease (PID) in women.

PID affects nearly a million women each year. If you don’t catch this problem early enough, the inflammation it causes can lead to infertility. In rare cases, it can be fatal. So if you have pelvic pain — particularly if you have other symptoms — call your healthcare provider without delay.

Dealing with an STI can be tricky. It can take weeks to months for symptoms to emerge, or they may never show up. The best way to protect yourself is to use a condom every time you have sex. It’s the only method of birth control that can prevent STIs.

If you’re starting to show any of the symptoms above, contact your doctor. An appointment is still a good idea even if you just think you’ve been exposed. Getting tested is the only way to know for sure so you can protect both yourself and your partner.

5 Jobs You Can Do With an Online Nutrition Certificate

5 Useful Gutter Cleaning Tools Every Homeowner Needs to Have

Having Trouble Being Sober? We Got You a Solution