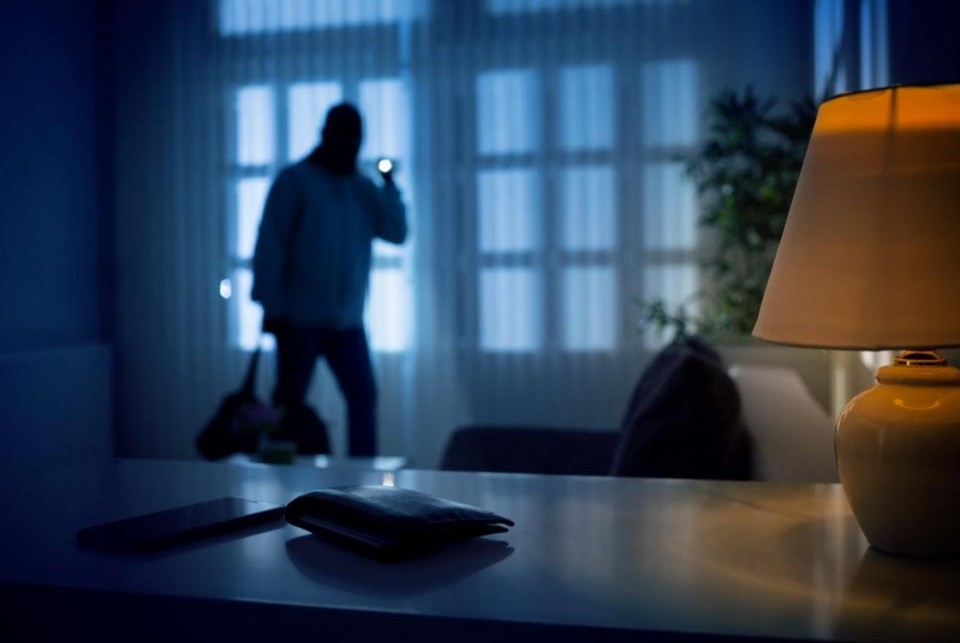 Burglary is one of the most commonly committed property crimes in the US. Annual burglary statistics go up and down, with some years being better than others. Yet despite so many years of trying, we had been unable to stamp out burglary completely. Why is that? It is because crime will exist for as long as human beings roam the earth. It’s part of human nature.

The fact that we are never going to completely eliminate burglary leads to the obvious conclusion that each of us must be proactive about protecting ourselves. In light of that, the key to defeating burglars is learning to think like them. Understand the mind of a burglar and you will know how to stop them from making you a victim.

Though there are some professional burglars who meticulously plan each and every job, most do not work that way. Most are opportunists. They get the urge to commit a burglary and they do it. And because they do what they do on the spur of the moment, they tend to choose easy targets.

What makes an easy target? A lot of things:

The easier you make it for burglars to target your property, the more likely they will do just that. The opposite is also true. Make your property a difficult target and burglars will tend to stay away.

Burglars are often depicted in the media as fearless criminals without a care in the world. In reality, they are fearful of getting caught. That’s why they tend to target homes in the middle of the day, when parents are working and kids are at school. Burglars who prefer to hit businesses wait until after hours to do so. The one thing they all have in common is planning their crimes when the chances of getting caught are reduced.

Vivint advises that you can deter burglars by increasing their risks. Put obstacles in their way to slow them down. The more time they hang around your property, the higher the risk. Security systems with video cameras are also pretty effective.

Video cameras provide evidence; evidence that can be used to track down criminals and prosecute them. Burglars know this. They are equally afraid of residential and business security systems for that very reason. Where there are cameras, there is an increased ability to identify. So burglars avoid video surveillance at all costs.

Rare is the burglar who breaks into a mansion in search of high-priced artwork or collectibles. Why? Because those types of things are hard to liquidate without drawing attention to oneself. It is not as if a burglar can walk into a local pawn shop with a genuine Van Gogh painting tucked under their arm. It doesn’t work that way.

Above and beyond cash, burglars look for things like small electronics, jewelry, designer sunglasses, firearms, and so forth. These are all things they can sell on the street. They can also take the items to pawn shops if necessary.

Now that you know this, what do you do about it? First, you do not make a point of advertising the fact that you have what burglars want. Don’t post pictures of the brand-new jewelry you just got for your birthday on social media. Do not pull wads of cash out of your pocket down at the local watering hole.

Second, understand that burglars generally head right for the master bedroom upon entry to a home. Do not store your valuables there. Find some other place for them. The safest places for your valuables are those interior rooms that are the hardest to get to. Those are the rooms burglars are least likely to check.

Do you think you could identify a burglar walking down your street? If so, think again. They do not walk down the street with a big ‘burglar’ sign attached to them. They look just like you. Burglars are regular people in every sense of the word. The only thing that is different is their chosen profession.

The way to get around this is to get with your neighbors and work together to keep an eye on the neighborhood. Any strange faces should be closely monitored. Anyone who looks like he doesn’t belong in the neighborhood should be reported.

Burglars could victimize any home or business. Burglary is not a crime that discriminates. The key to avoiding becoming a victim is to stop burglars in their tracks. How do you do that? By thinking the way they think. Get inside the mind of a burglar and you can always find ways to deter them.

What Is the Difference Between Soft and Hard Enamel Pins

How Thick Should a Mattress be for an Adjustable Bed?

6 Signs You Are Overpaying Your Plumber

9 Tips For Keeping Your Teeth And Gums Healthy

How to Write the Perfect Resume if You Have No Experience

Top 6 Things to Gift for Parents