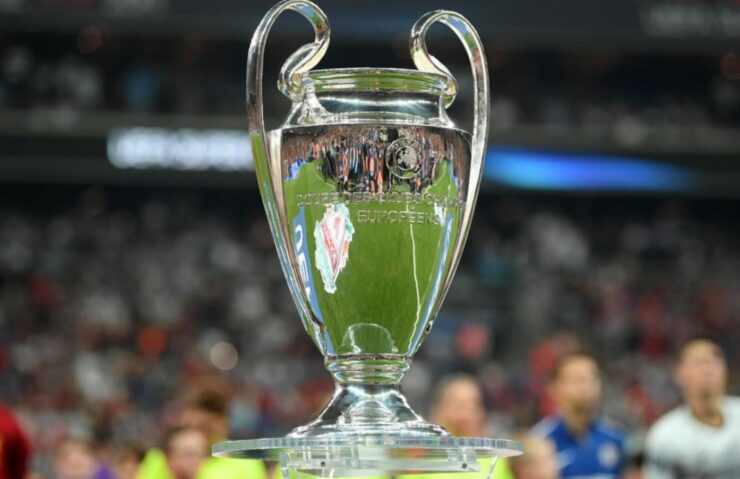 Football or soccer, no matter what you prefer, is the most popular sport in the world. Whether that’s because of its simplicity, as no matter where you are, the only thing you need is a ball, two rocks as posts, and friends to play with, or because it is so entertaining and unpredictable, throughout the world at the same time, it’s both just a game and so much more than just a game.

Football, such an amazing sport with fierce competition and rivalries that goes for decades. A game where even the best tactic and team full of world-class players doesn’t grant a result, and that’s what makes this game so unique and special, as even the underdogs have some chance, especially in just 90 minutes.

It was a tough, long, and strange season for everyone. We had players with no room or time to take a break and rest, and with continental football competitions around the corner, they will not rest anytime soon. We had a season without supporters, and we saw how not just football but every sport is dependent on people cheering, chanting, and even booing, as nothing can compare with the atmosphere people on the stands can create. We were also shocked by the announcement that the top European clubs want to dismantle the Champions League and create one just for the “elite.” We also had five subs, and in some leagues, it was the first time VAR technology was used, which lead to even more controversy. But all that ends now, as everything top-class European clubs were fighting for the entire season comes up to just one game, 90 minutes to show why they deserve their place in history.

Yes, it is time to decide the European Club Champion, and this year, we have Manchester City against Chelsea in the final. Tuchel against Guardiola, two so different football philosophies against each other. Two teams from the same country, from the same league, fighting for one trophy and a chance to never get forgotten. Can it get any better than that? Of course, the Chelsea team already has their name engraved on the trophy, but that doesn’t mean that they are not hungry to win another one, and from the first moment with Citizens, Pep said that winning everything is the only goal, and the only thing missing is the CL trophy.

Now, since it comes down to one game to win it all, there are various experts, football analysts, past players, etc., who all have a different opinion on who will get their hand on the trophy, and guessing who will win on the 29th of May is not something you would like to bet your life on. For some, the extraordinary season by Citizens, player experience, and form is what makes them favorite, but for the others, The Blues are in advantage as Tuchel has already shown that he knows how to play against Pep’s positional play football, quite similar to the Cruyff’s total football which revolutionized the game as we know it today.

The Citizens road to final

A road to finals is never easy, especially if we are talking about the Champions League because it is necessary to beat some really good teams to get there, and it is the same thing this year. The Citizens won the Premier League in this interesting season and showed everybody that they are worth watching once again. This PL season was totally different than the ones we are used to because of many reasons, and the main one is the pandemic and strict measures which led to games without supporters. The pandemic changed everything, along with the way we watch football, so it was pretty hard to get used to new circumstances, and many of us are still not. The Citizens succeeded in winning the PL, and they find their way to the finals of the UCL besides all aggravating things, which was not easy at all, but their passion and desire took them there. On their way to finals, they needed to face the german Borussia Monchengladbach, a team that is playing good football and can be pretty hard to beat. Their next opponent was another german club which is probably even more popular – Borussia Dortmund. One declaration claims that football is a game in which the Germans always win, but the Citizens showed us that is not true. In the play-offs, the Citizens faced Paris Saint-Germain, and many people were convinced that it is their end, but they showed once again that they are serious and ready to play the final.

The Blues road to final

On the other side, Chelsea has a big fight in the PL this year, and they are luckily finished in the fourth position, so that means that there is UCL for them next year too. But, the more important is this season now, because they are in the finals and have a great chance to win it. They cleared their way by beating Atletico Madrid, which is number one in Spanish La Liga. After Atletico, they faced Porto, and that was not an easy game since Porto wins the second match, but that wasn’t enough for the next round. The next round was play-offs, and Real Madrid waited for the Blues there. After the dramatically first match, which is finished draw, the Blues were better in the second one and found their way to the final.

It is not easy to predict who will get the UCL trophy because both teams have a big desire to be that club. This competition means a lot, and it is a matter of prestige to win it and bring a trophy to the shelf in the club room. Since even the best football analysts can’t agree on who will win, it makes betting on the winner much profitable, and the only thing needed is to find a reputable betting site with the best odds to place the bet, which is why checking out liontips.co.uk should be one of your top priorities before the Champions League final starts.

You Should Rely on Experts to Improve and Repair Your Home