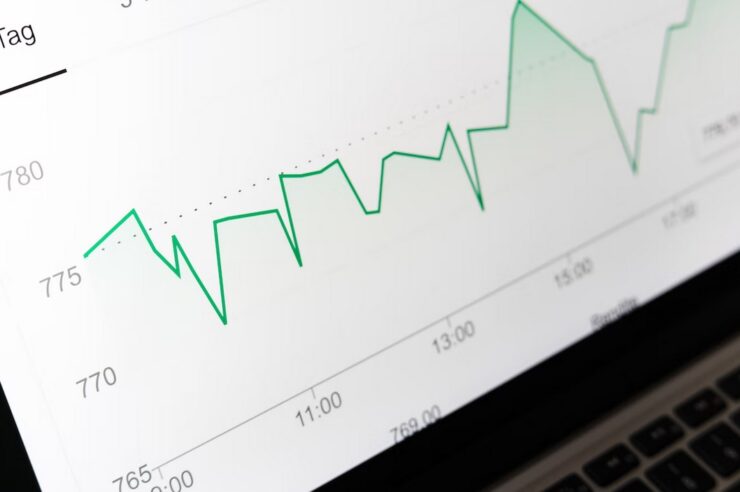 The gaming industry looks very different today compared to how it did back in 2012, and it’s almost unrecognisable when you put it side-by-side with 1992 or even 1982.

Today, there are entirely different business models being deployed to reach more players and generate more profit, all while lowering the risk to the companies that develop them. At the same time, consumer tastes have continued to change, forcing game publishers to stay on their toes.

In recent years, video game companies have, on the whole, been a good investment to hold.

Even if you consider a different gaming company since Microsoft has its fingers in many pies, things are still positive.

If we look at Electronic Arts’ share price since early 2019 (just after the general industry decline brought on by a shrinking of the Chinese gaming market), it has doubled its share price. Even if you examine it over the full five years, it’s still up by 16.32%.

Looking at this, you might be wondering how you can get in on the action and enjoy these sizable returns. However, just as any ad for an investment product or service legally has to state, past performance is not a guarantee of future success.

Therefore, we need to examine the factors that will influence the success (or lack thereof) of gaming companies in the coming months and years to see if they’re still a good investment.

Back in the early 1980s, video games were a niche medium enjoyed by a small subset of people. That changed a lot as the decade progressed, but it remained a hobby for younger men.

Even through the 1990s and into the first few years of the 21st century, this remained the status quo.

That is, however, no longer the case. A perfect storm of factors helped to attract more people to gaming, most notably Nintendo’s efforts to create content that everyone would enjoy for its DS and Wii consoles.

At a similar time, the smartphone arms race was helping to put a mobile gaming machine in the pocket of almost every adult on the planet.

Of course, just having a device that could play games wouldn’t be enough. But the sheer variety of mobile games created for these new fun-sized computers means that almost everyone can find titles they’ll enjoy.

Combined, these factors have helped to make gaming appeal to almost all demographics. There is, however, still plenty of room to grow.

Older age groups are still under-represented in gaming, so a combination of the passage of time and concerted efforts from some developers to reach these ill-served people will both help to get more older folks into the format.

There will also be a new generation of adults entering the marketplace each year, helping to ensure a constant stream of new customers for the industry.

iGaming is the part of the industry that produces products and platforms to facilitate online wagering. It’s much newer than other types of gaming, having only begun in the late 1990s.

One of the most popular parts of the iGaming market is poker, with sites like PokerStars providing the platform for people to play many variants of the popular card game with their friends or strangers on the web.

Having launched back in 2001, PokerStars now offers a wide range of options to its players, including fast-paced Spin & Go games, online tournaments, and even virtual reality modes to get the most immersive poker-playing experience ever.

iGaming has enjoyed the most success in Europe, thanks in part to regulatory frameworks being developed earlier than other parts of the world and the fact that the European market is one of the wealthiest.

In more recent years, iGaming has really taken off in North America, helped by changing rules around what services can be offered.

Despite quite a lot of success on the continent already, there is likely to be a lot more room for iGaming companies to grow in the coming years as they’ve only really scratched the surface so far.

Developing a video game is not cheap. Large AAA titles can have production budgets in the tens of millions that even rival Hollywood blockbusters. Therefore, publishers need to charge enough for their content to allow them to recoup their costs.

Yet, many companies are beginning to offer their games for free, either right from the outset or after a few years have passed, as we saw with CS: GO and Rocket League.

This model is, in many ways, a miracle for the gaming industry as they’ve devised a way to increase their revenues, lower their costs, and boost their profits while giving their content away for free.

While players are under no obligation to pay for them, video game publishers have discovered that they can make more money from this small subset of loyal customers who spend sizable sums than by charging every person who plays it a flat fee.

But it’s not just about increasing revenues. This free-to-play model also helps to reduce production cost and extend the lifespan of games, reducing the risk for publishers since they can allocate resources to developing new downloadable content rather than an entirely new game with no guarantee that it will sell well.

Thanks to microtransactions included in its hits GTA Online and Red Dead Online, Take-Two Interactive has increased its revenues every year since 2015, despite only releasing one major title in that time.

Overall, the gaming industry does appear to show signs that it can continue to grow and expand.

Understanding the Paylines in Online Slots

Insulin Therapy for Diabetes: What You Need to Know