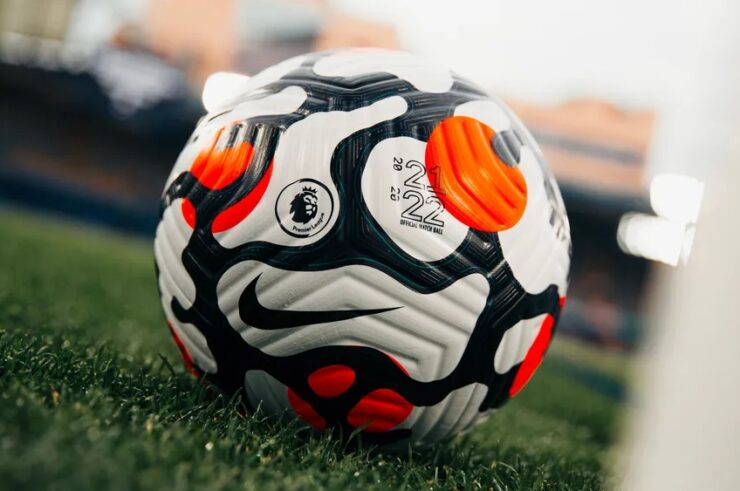 Usually, the Premier League will begin to take shape after around 10 games or so, but even after two it is always interesting to see what the bookies make of the landscape ahead of the remainder of the campaign.

The battle against relegation is always one of the most interesting sub-plots to any Premier League season and this particular campaign looks to be particularly intriguing given the number of teams who could be drawn into the scrap.

Judging by the current odds, the bookmakers believe three out of eight teams have a realistic chance of going down before there is a significant jump in the width of the odds between each of the teams.

If you are wanting to bet on the relegation market in the Premier League or any other market associated with England’s top division then you should head over to Max Free Bets first. They are your one-stop resource for all of the best betting offers and free bets from the UK’s best betting sites, online bookmakers and betting apps. If you want the best value and offers when you place wagers online then Max Free Bets should always be your first port of call.

Despite winning the Championship last season Norwich City are odds-on favourites to be relegated from the Premier League, which is no real surprise given that they have gone straight back down after each of their last two promotions. Daniel Farke’s team will not relent away from their principles of how they want to play football regardless of the quality of the opposition that they are facing – something which has been labelled naive in the past. That has come to fruition in each of their first two games of the season, having unluckily been handed Liverpool and Manchester City in their opening two matches. The Canaries started with a 3-0 loss to Liverpool on an opening day before then being thrashed 5-0 by City last time out. Those results will only reinforce the idea that they are too good for the Championship but not quite cut out for the Premier League – the modern-day yo-yo club.

We were left somewhat surprised to see that Crystal Palace were the second favourites to be relegated from the Premier League this season. Palace have invested well this summer, bringing in Marc Guehi, Joachim Anderson, Michael Olise and Conor Gallagher, though it is the change in the dugout that is likely responsible for their odds. For what Roy Hodgson’s teams lacked in excitement they made up for in stability and Patrick Vieira arrived as something of an unknown quantity with a chequered past. He struggled in spells at New York City and Nice and has hardly hit the ground running after picking up just a point from his first two games in charge.

Burnley’s overall lack of investment could be about to catch up with them if the oddsmakers are to be believed. Sean Dyche bemoaned this during stages of last season and it looks as though he will be going with much of the same squad that he has over the last few seasons once again. It seems the main objective at Turf Moor is solely survival but this could be their toughest test yet as their settled squad look to motivate themselves to go again. They have one of the smaller squads in the league and a few injuries to key players could leave them in real trouble.

Newly-promoted Watford were always bound to be one of the favourites to go straight back down this season and do not be surprised to see their trigger-happy managerial policy rear its ugly head once again if they go on a bad run. The Hornets made a strong start after beating Aston Villa before then losing to Brighton in their second game, a result which may now leave them as fourth-favourites to go down. All Watford fans would be delighted to see the team finish 17th or above and see the oddsmakers proved right come the end of the season.

There is huge discontent amongst Newcastle United supporters surrounding the club’s hierarchy from chairman Mike Ashley all the way down to manager Steve Bruce. Fighting against relegation has become the norm at St. James’ Park in recent seasons and it seems as though they will be heavily reliant on three attacking players for inspiration. Callum Wilson, Allan Saint-Maximin and Joe Willock are the jewels in the crown for Newcastle but injuries to any of these players could cause a huge disruption to their campaign. The Magpies were in the relegation scrap for much of last season and have lost both of their matches at the start of this season.

Brentford fans will be delighted with the start to the season their side have made after picking up four points from their opening two matches. The Bees kicked off the Premier League season with a historic 2-0 win over Arsenal before picking up a point away to Crystal Palace last time out. Thomas Frank has a team with little experience but with great continuity and a style of play that his squad are well suited to. Brentford look set to cause problems to a number of sides this season and are the favourites of all the newly-promoted sides to stay up.

It’s somewhat surprising that Southampton are only seventh-favourites to go down given that they have lost key players in Danny Ings, Jannik Vestegaard and Ryan Bertrand this summer. They have been replaced by somewhat unknown quantities at this level in Adam Armstrong and Romain Perraud and manager Ralph Hasenhuttl has a pretty thin squad to work with. However, Southampton showed good spirit as they held Manchester United to a 1-1 draw at the weekend, a result which should give them confidence heading into their final match against Newcastle before the international break.

Wolves appeared to run out of steam under Nuno Espirito Santo last season with a fresh change appearing to suit both parties. Bruno Lage is the new man in charge and he has had a difficult start thus far, losing each of his opening two matches to Leicester and Tottenham without scoring. With Manchester United next on the horizon they could easily enter the international break without a point to their name and are believed to be in a battle to keep hold of Adama Traore. Wolves have plenty of quality in their squad and would not expect to be in the bottom three at the end of the year, but they will need to turnaround the slump that started last season.

Mobile Casinos Vs. Traditional Casinos: Who Will Win in the Future

Top 5 Clubs With Most Champions League Trophies in 2021

Top 5 Highest Scorers in the Premier League of All-time